We developed a unique, intuitive app from start to finish to help Heritage Hall students and faculty get acclimated to their new schedule.

Heritage Hall is a private college preparatory K-12 school located in Oklahoma City, Oklahoma. As the school transitioned into a new block schedule, they realized that confusion may arise among the student body due to the change. Heritage Hall came to us to build an app to help students navigate the new schedule.

Our goals for the project were to build a clean, modern mobile application that was easy to use for students, and made it easier to understand and navigate the new menu. Other goals were to add the ability for students to customize their class' names, as well as integrating a notification system.

Jake Steelman (Carbon Creative) has been an invaluable, responsible voice offering the student perspective important for decision-making about effective technology, sustainability, and ease of use. It was wise to ask Jake to design the school-wide daily schedule app that is a succinct and convenient means for our students and faculty to be reminded each morning via a simple text, of the daily, rotating class sequence. Jake has been a problem solver often because he understands the goal, is reliable, and always eager to be helpful to the community. I find myself often thanking him on behalf of the school community. 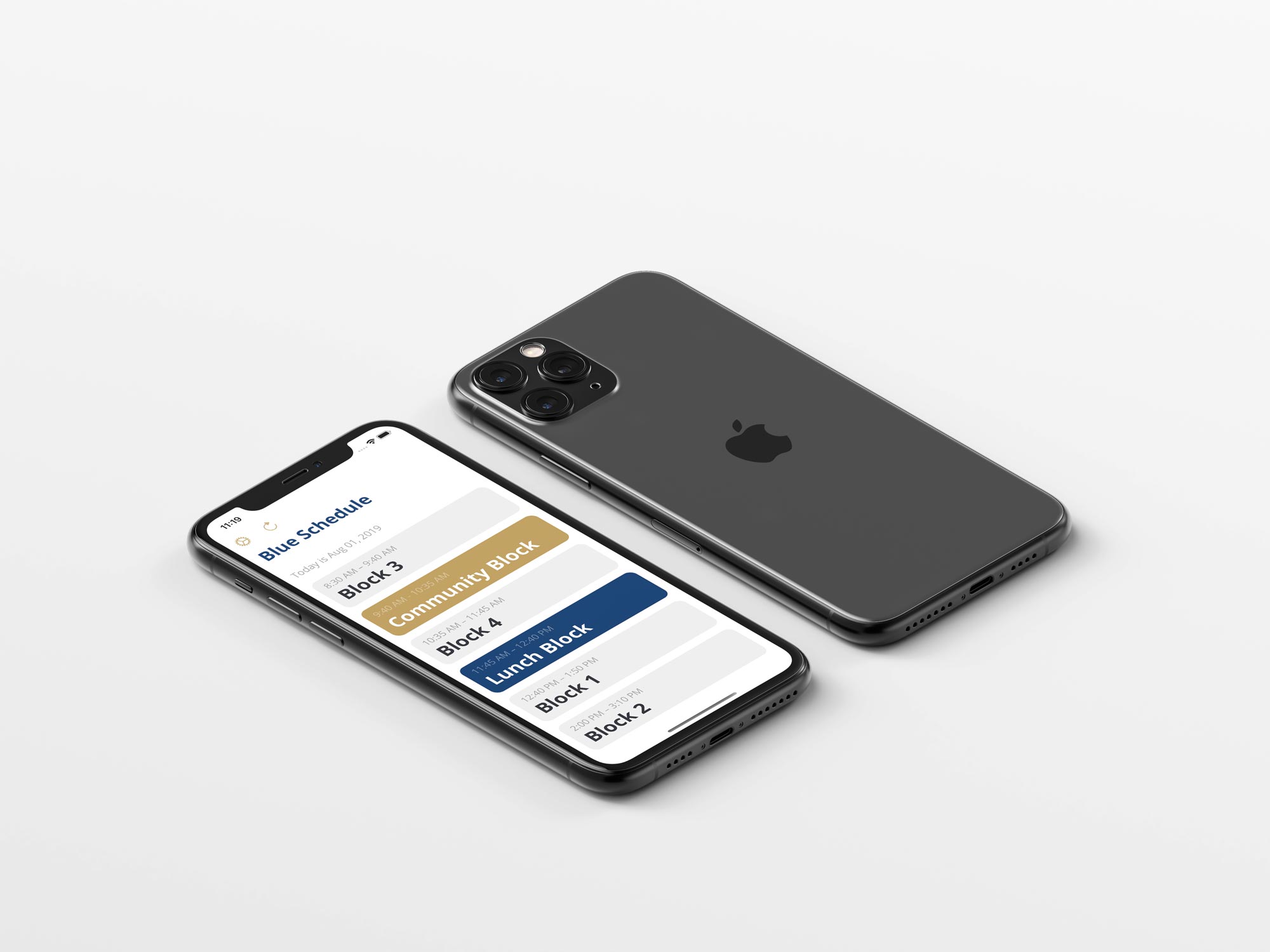 Before starting work on the actual app, we designed a user interface in Sketch, iterating until the final design. We built the app entirely in Apple's Swift, a cutting edge modern programming language. We encountered roadblocks throughout the process, and had to tweak the notification system slightly away from what our target was, but it works beautifully and uses Google's Firebase platform to host the app.

HHSchedule has become a hit with students, some of them even saying it's saved their lives this semester (a bit dramatic, but we'll take it). Even faculty have found a use case for the app. Even months after launch, 84% of the student body uses the app on a daily basis.

Let's create something amazing together.